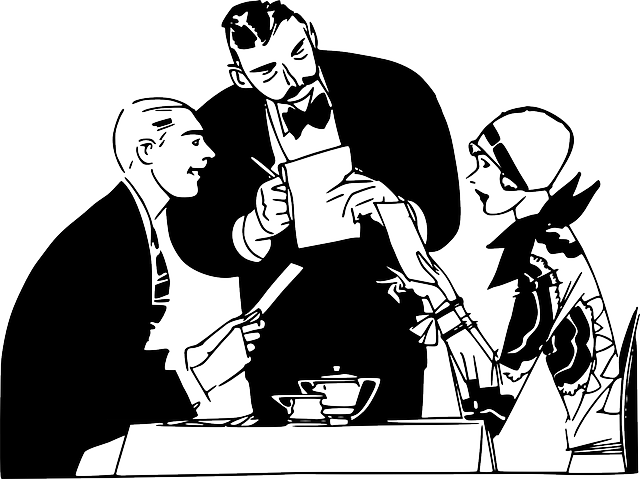 A couple of people have forwarded this story to me over the years. It’s a good summary of my philosophy of my life.

Jerry was the kind of guy you love to hate. He was always in a good mood and always had something positive to say. When someone would ask him how he was doing, he would reply, “If I were any better, I would be twins!”

He was a unique manager because he had several waiters who had followed him around from restaurant to restaurant. The reason the waiters followed Jerry was because of his attitude. He was a natural motivator. If an employee was having a bad day, Jerry was there telling the employee how to look on the positive side of the situation.

Seeing this style really made me curious, so one day I went up to Jerry and asked him, “I don’t get it! You can’t be a positive person all of the time. How do you do it?”

“Yeah, right, it’s not that easy,” I protested.

“Yes it is,” Jerry said. “Life is all about choices. When you cut away all the junk, every situation is a choice. You choose how you react to situations. You choose how people will affect your mood. You choose to be in a good mood or bad mood. The bottom line: It’s your choice how you live life.”

I reflected on what Jerry said. Soon thereafter, I left the restaurant industry to start my own business. We lost touch, but often thought about him when I made a choice about life instead of reacting to it.

Several years later, I heard that Jerry did something you are never supposed to do in a restaurant business: He left the back door open one morning and was held up at gunpoint by three armed robbers. While trying to open the safe, his hand, shaking from nervousness, slipped off the combination. The robbers panicked and shot him. Luckily, Jerry was found relatively quickly and rushed to the local trauma center. After 18 hours of surgery and weeks of intensive care, Jerry was released from the hospital with fragments of the bullets still in his body.

I saw Jerry about six months after the accident. When I asked him how he was, he replied, “If I were any better, I’d be twins. Wanna see my scars?”

I declined to see his wounds, but did ask him what had gone through his mind as the robbery took place. “The first thing that went through my mind was that I should have locked the back door,” Jerry replied. “Then, as I lay on the floor, I remembered that I had two choices: I could choose to live, or I could choose to die. I chose to live.

“Weren’t you scared? Did you lose consciousness?” I asked.

Jerry continued, “The paramedics were great. They kept telling me I was going to be fine. But when they wheeled me into the emergency room and I saw the expressions on the faces of the doctors and nurses, I got really scared. In their eyes, I read, ‘He’s a dead man.’ I knew I needed to take action.”

“Well, there was a big, burly nurse shouting questions at me,” said Jerry. “She asked if I was allergic to anything. ‘Yes,’ I replied. The doctors and nurses stopped working as they waited for my reply… I took a deep breath and yelled, ‘Bullets!’ Over their laughter, I told them, ‘I am choosing to live. Operate on me as if I am alive, not dead.”

Jerry lived thanks to the skill of his doctors, but also because of his amazing attitude. I learned from him that every day we have the choice to live fully.

Attitude, after all, is everything.

You are where you are because that’s where you want to be.

You do not have any choice over where you were born, your skin color, your parents or your talents. But, you do have a choice as to how to use them — what you do with what you’ve been given. You can chose to be miserable. Or, you can chose to happy.

Yes, I hear you say, “but I don’t have a good education, and don’t have rich parents, and I need to pay the rent!” Those are obstacles, not barriers. I, personally, am never going to be a great musician or create great art — it’s not going to happen. But, I can learn how to play or draw, It can be some work, and I may never be great. But I can have a good time and enjoy my labors. And I can support those who are better than me and share in their joy.

You make choices every day: what’s important and what’s not important. Who you spend time with, what to do, your priorities. Sometimes you have to make some HARD choices — car or fun, friends or work, taking risks or not. It’s these choices that have shaped where you’re at and what you’re doing.

There are times when I’ve made major re-arrangements in my life. Things were not working and minor changes were not going to cut it. No, it wasn’t easy. But I loved myself enough to be honest, forgive myself, let it all go, and try a new approach.

Forgive myself? … What’s that all about?

We are our own worst critics. We hate failure. It makes us look bad. To heal and move on, we have to be honest about our life, forgive our self, and mean it. We have to love ourselves.

I’m sure Jerry made lots of mistakes while running his business, but he chose to learn from them rather than put himself down, call himself a failure or just blame everyone but himself. We need to do that too. We don’t yet know what we’re going to be. You cannot say “I’m a failure” or “I’m a success“. We cannot judge – because we don’t know how it’s going to turn out. Think of how many painters, artists, and scientists felt they were failures at some point during their lives.

We can, however, say that we’re trying, we’re learning, and, overall, having fun on the journey.

If not, maybe it’s time to make some new choices.

We cannot solve problems by using the same thinking we used when we created them.

Resturant image by OpenClipart-Vectors from Pixabay

Lazy is such an ugly word.
I prefer the term selective participation.