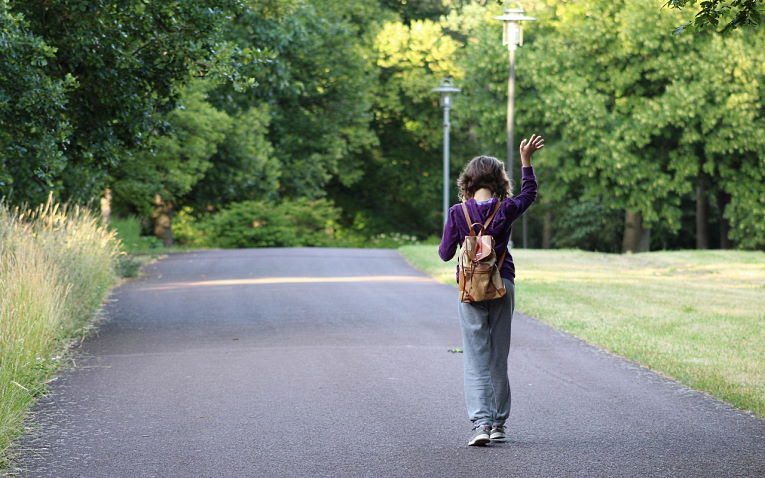 ” You were such a dedicated Christian. What happened?!?! “

The short answer is that the closer I tried to get to God, the more I realized that there was no one there.

I accepted Christ back on June 19, 1971 when I was 18 years old. While I was not always an “active” Christian, I never stopped believing – even when I was coming out as gay.

Around the time of my AIDS diagnosis in 1996, I decided it was time to get serious. My long term goal was to learn and grow. I wanted a close relationship with God like Enoch had, one where he “walked with God”.

So I studied and read the Bible. I’ve read the Old Testament thru at least 3 times and the New Testament thru more times than I can count. I read and studies and prayed just about every day. When I left Silicon Valley and moved to Phoenix in 2004, one of my requirements was to find a good church home where I could continue to learn and grow and get closer to God.

I got involved in ministry and church governance. While I was never officially ordained, I acted as an assistant pastor, running services, giving messages, counseling, as well as helping with bookkeeping and the “secular” side of running a church.

And then it all started falling apart.

To be honest, there had always been questions. But they were easy to ignore or discount. “I just don’t understand enough yet.”

But over the last few years it got to the point where I had to acknowledge that Christianity was not working. People would say “Oh what a good sermon” or “I was really touched”. But nothing ever changed. Pastors who were abusive. There were good church people who “really didn’t like the [Mexican] people in the neighborhood”. Going thru the same motions year-after-year. And no sign of God intervening or active anywhere.

There were lots and lots of good feelings, but nothing actually changed. And I was looking for that relationship, not just a good buzz.

Then Pastor Sherry and I decided to start a new ministry, reaching out to young people who were rejecting traditional Christianity.

We started out as Casa East, but quickly realized that the world did not need another Sunday morning church service.

So, we transitioned to Spiritual Intersections. It was a place where people from all spiritual backgrounds could gather, interact, ask questions and learn. Our assumption was that Christianity was obviously the best answer and that people attending would come to see that too.

Once you get out of the echo chamber that is the modern Church, you have to start being honest about Christianity and what the Bible says. All those questions that you could conveniently sweep under the rug and ignore – now you’ve got to deal with them and justify them. And it turns out you can’t do it.

I have a whole separate post on the problems with Bible, the foundation of Christianity. The short version is:

During all this, I’m praying and fasting and going “Hey God, where are you? I need a sign or explanation or something .” And all I got back was silence. There really was nothing and no one there. The spell (so to speak) had been broken.

So, on Friday, August 3rd, 2018, I decided to walk away from Christianity and no longer identify as Christian.

It’s been a year now since I made that decision, and my feelings have not changed.

I really wanted to get close to God. And I found out that there really was no one there.

Walking away image by Sabine Löwenberger from Pixabay

5 thoughts on “Walking away from Christianity”

I like nonsense; it wakes up the brain cells.
- Dr. Seuss