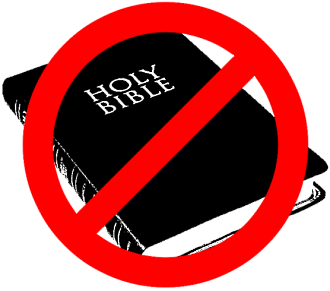 Christianity is all about the worship of the Bible. If there was no Bible, there would be no Christianity.

People pray to God for direction and guidance. Then they look to the Bible for answers. Even if God “talks” to them directly, they still don’t believe it unless they can confirm it against the Bible.

The Bible is assumed to be:

So, lets go thru these assumptions. For the most part, we are going to be looking mostly the New Testament here.

Is it a true historical document?

One of the first problems we come up against is that there are no corroborating reports about Jesus and his ministry. While there were historians in Judea covering the many events at the time of Jesus’s ministry and crucifixion, none of them seem to have noticed Jesus.

Jesus was supposed to have “large crowds from Galilee, the Decapolis, Jerusalem, Judea and the region across the Jordan” and “If we let him go on like this, everyone will believe in him”, yet no one thought it was important enough to write it down at the time.

Jesus, if he existed at all, was not the miracle working, raise-the-dead person we read about in the Bible. No one noticed his presence. Not one of the historians in Judea or anywhere in the Roman world saw or heard anything worth mentioning about Jesus or any of his followers until at around 80 years after his “death”.

The books that make up the New Testament were written well after the events of Jesus’ life. The earliest gospel, Mark, was probably written sometime between 65-73 A.D. The gospel of John was not written until 90 to 110 A.D., well after John, the disciple of Jesus, would have died. (Life expectancy was around 50 years tops for men).

The earliest independent mention of Jesus – or Christians or Christianity – outside of scripture is from Tacitus around 117 A.D in The Annals.

Paul, on the other hand, appears to have been a real person and started writing around 50 A.D. This was during a time when Gnostic religions were popular. There’s a good case to be made that Paul started what is now Christianity as a form of or in reaction to Gnosticism.

Is the Bible trustworthy?

So, some say, it doesn’t matter when the Bible was written, it’s still the infallible word of God. So is the Bible “incapable of error” or “free from error”?

Is Judas in heaven or hell today?

One of my favorites conundrums is what happened to Judas after he betrayed Jesus. Did he end up in heaven or hell?

Matthew has him going to heaven. Judas was filled with remorse, gave back the money, acknowledged Jesus, and ended up hanging himself out of grief. Repentance, restitution, and acknowledgement all sound like all the ingredients for an acceptance of Christ to me.

Luke in Acts, however, has him going to hell. He kept the money, bought the field himself, and then had a most unusual accident were he tripped and fill just right on a sharp rock or something so that he split open. Sounds like God smote him for his wickedness and un-repentance.

So we have two problems here.

Judas is only one person and could not have done both things. He either bought the field or he didn’t. He either hanged himself or was split open in a freak (God caused) accident. Which is the true account and which one the lie?

The other problem is what it says about God and our chances for salvation.

Matthew gives us hope for even the worst sinner. Judas was right up there when it came to sin, and yet he was saved.

Luke says God does not tolerate people like Judas and we had better get our act together right now or God is going to smite us.

Which is true? We’ll revisit this question in a little while

Who “owns” the Earth?

This is one you don’t notice until you’ve been reading the Bible for way too long. There are three completing claims in the Bible for who “owns” the Earth.

God : “The earth is the LORD’s, and everything in it, the world, and all who live in it” (Psalms)

The Devil : The devil … showed [Jesus] in an instant all the kingdoms of the world. And he said to him, “I will give you all their authority and splendor; it has been given to me, and I can give it to anyone I want to. (Luke)

Mankind : The highest heavens belong to the Lord, but the earth he has given to mankind. (Psalms and Genesis)

So, which is it? We just pick one?

And this brings us to another problem: How we are supposed to look at the world?

Is the Earth God’s eternal gift to us, or a place we should hate and loath at all costs?

Sure glad we got that all cleared up.

Is salvation by faith or works?

Paul can’t decide. In Ephesians, he says by faith you are saved, not works. Then in 2 Timothy, Paul says you should work hard so God will approve of you.

There are more examples, but you get the idea.

So, is salvation a gift or something you earn thru hard labor? How do I know when I’ve worked enough to be acceptable to God?

The Genealogies of Jesus.

You may have heard that there are two different genealogies for Jesus. Matthew has him as the offspring of David thru the kings of Judah. Luke has him coming from David thru another son, Nathan. There are various excuses for the discrepancy, but there’s really no way to know if either one “got it right”.

But, there’s a second problem with Matthew. Matthew (or God, depending on who you believe wrote the Bible) skipped over 3 kings of Judah to preserve the fourteen & fourteen & fourteen generations thing. They go straight from King Jehoram to King Uzziah and skip over Kings Ahaziah, Jehoash (Joash), and Amaziah.

So, the Bible never gets it wrong? Oops!

There are many other examples of the Bible not getting it right, but you get the idea.

Well, what about God’s love and commitment?

Throughout the Bible it says God will love you only if you do what he wants. See John, Deuteronomy, 2 Chronicles, and Deuteronomy for examples. In fact, Paul admits God stacked the deck so that he could show everyone how merciful He could be.

God tells me to love my enemies. Yet God hates his own enemies: You don’t love me? Then I’m going to send you to eternal punishment. You’re getting the same punishment I’ve reserved for Satan. (Revelation)

And why is it OK for God to hate and punish? After all, he created it all? Did he make a mistake? Why should millions be punished eternally for God’s failure? And don’t blame it on the Law. How do you think God stacked the deck in the first place?

It might not be so bad if God was actively working in the world today, guiding people onto the path(s) to salvation. But the last time God disciplined the church appears to be when Ananias and his wife lied to the Peter.

By the time Paul was preaching, churches were regularly going off “into the weeds” (see 1st Corinthians and Galatians). In Revelation, Jesus complains that only 2 out of the 7 churches are doing it right. Do you want to bet your life on a religion with only a 29% success rate?

Today you have “Christian” churches preaching all sorts of different gospels. Which one is the right one? They all claim the Bible proves they are right? What is God doing about it? Anything? Why not?

Speaking of the Revelation passage, Jesus is complaining that the churches do not have their act together, but there’s no acknowledgement that he, Jesus/God, might have some responsibility. “You need to get your act together or I’m going to spit you out.” But I – the head of the Church and your spiritual husband – am not going to acknowledge any responsibility for what’s happened or do anything to help.

If that was your boss or your parent telling you that it’s all your fault and they have no responsibility and are not going to help, how would you feel? Loved would not be high on the list. Yet it’s OK for God and Jesus to do that? If we said otherwise, we’d have to admit that they are not as good and loving as we pretend.

And so we pretend

Welcome to the world of pretzel logic.

We need the Bible to be true, so we tie ourselves up in knots trying to explain the inconsistencies away. Or we just ignore the parts we don’t like. We pretend it’s all OK when it’s really not. We live a lie so we can “live in the light”.

For me, I got tired of making excuses for God.

Is the Bible trustworthy? No.

And that’s why I walked away from Christianity.

1 thought on “Some problems with the Bible”

We'll always be best friends because you know too much.